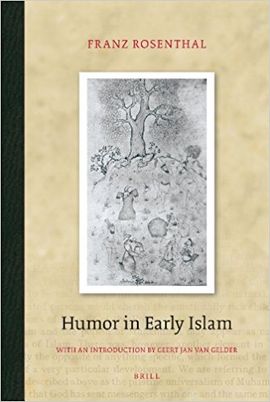 Humor in Early Islam, first published in 1956, is a pioneering study by the versatile and prolific scholar Franz Rosenthal (1914-2003), who (having published an article on mediaeval Arabic blurbs), should have written this text himself. It contains an annotated translation of an Arabic text on a figure who became the subject of many jokes and anecdotes, the greedy and obtuse Ash?ab, a singer who lived in the eighth century but whose literary and fictional life long survived him. The translation is preceded by chapters on the textual sources and on the historical and legendary personalities of Ash?ab; the book ends with a short essay on laughter. Whether or not the jokes will make a modern reader laugh, the book is a valuable source for those seriously interested in a religion or a culture that all too often but unjustly is associated, by outsiders, with an aversion to laughter.

Biografía del autor
Franz Rosenthal (1914-2003) was Sterling Professor Emeritus of Arabic and Semitic Studies at Yale University and a scholar of Arabic literature and Islam. Professor Rosenthal was a prolific scholar whose publications ranged from this monograph on Humor in Early Islam to a three-volume annotated translation of the Muqaddimah of Ibn Khaldun to a Grammar of Biblical Aramaic.